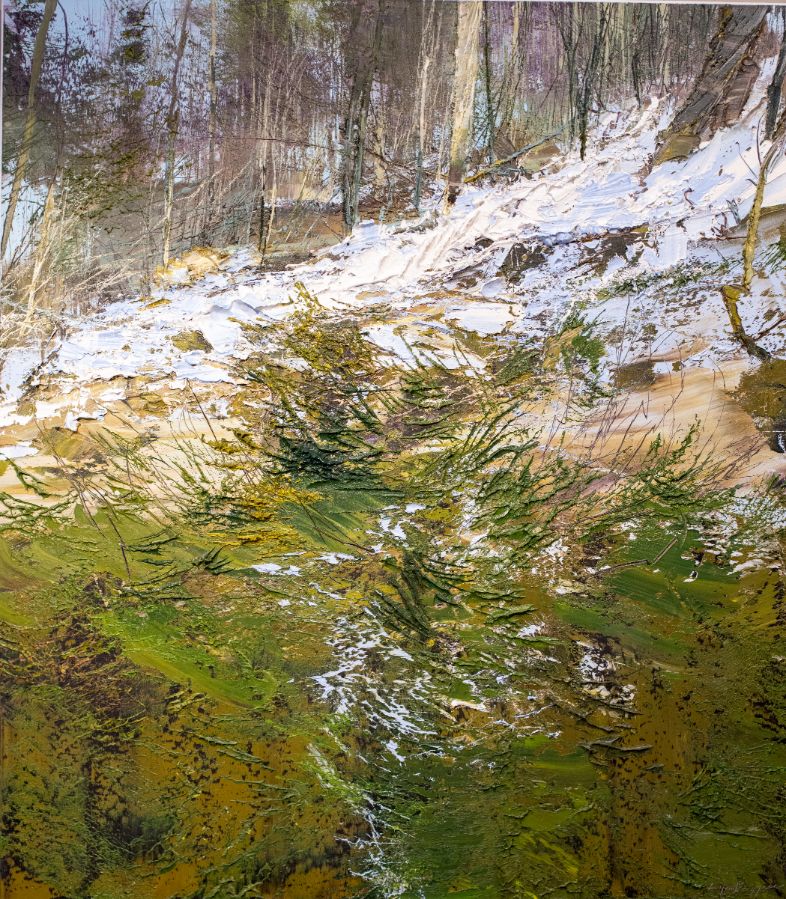 When viewers comment about the work of Lynn Boggess, they often refer to senses other than sight.  They say, “I can smell the mud” or “I can feel the mist”. The paintings are not merely descriptions of scenes – certainly they do not denote a tourist’s vision. Rather they reveal an intimate communion with a particular time and place.